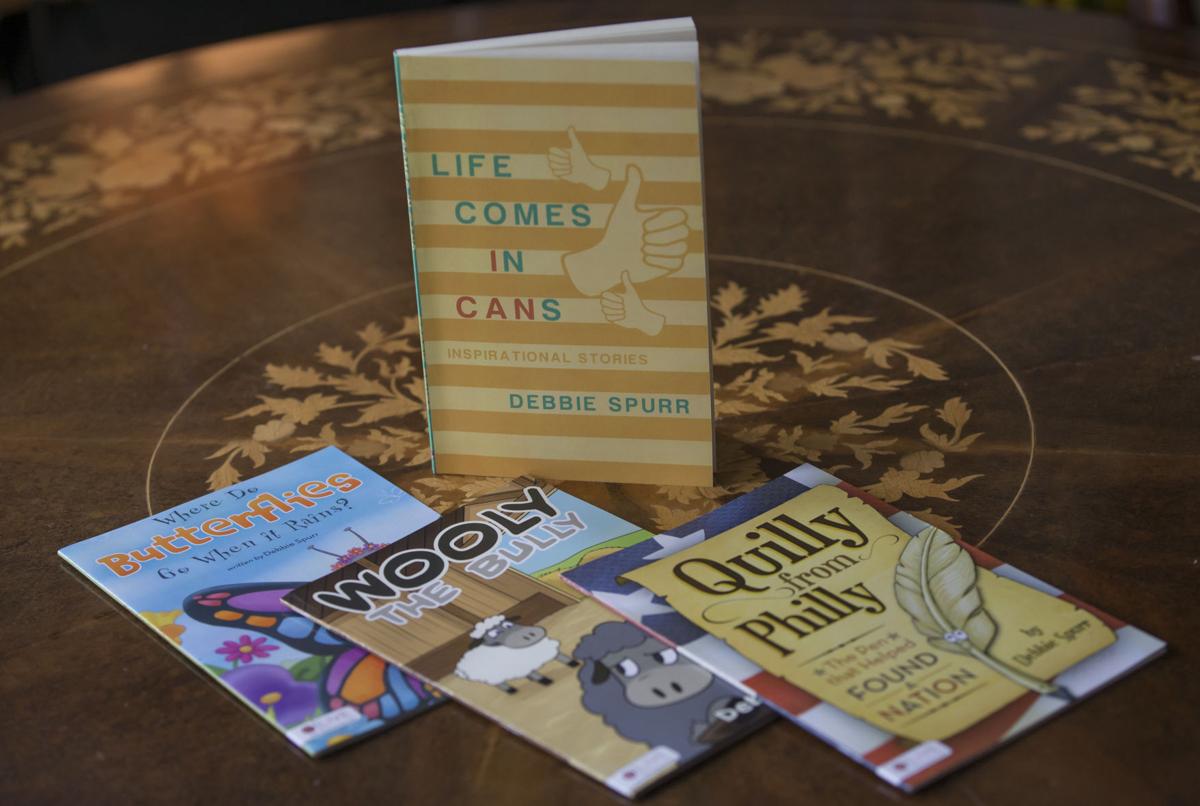 In addition to her children's books, Debbie Spurr has also written a book of inspirational stories. 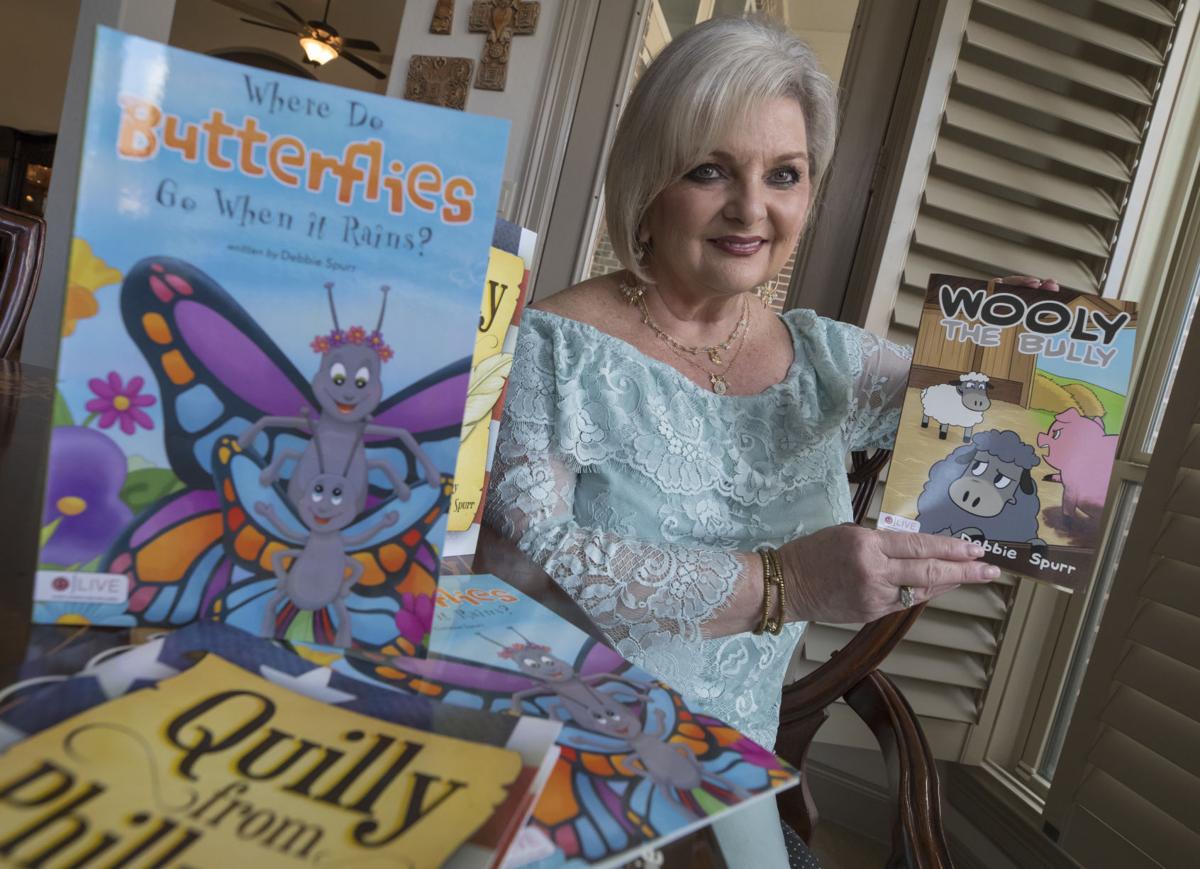 Longtime teacher turned author Debbie Spurr sits with some of her works at her Friendswood home. 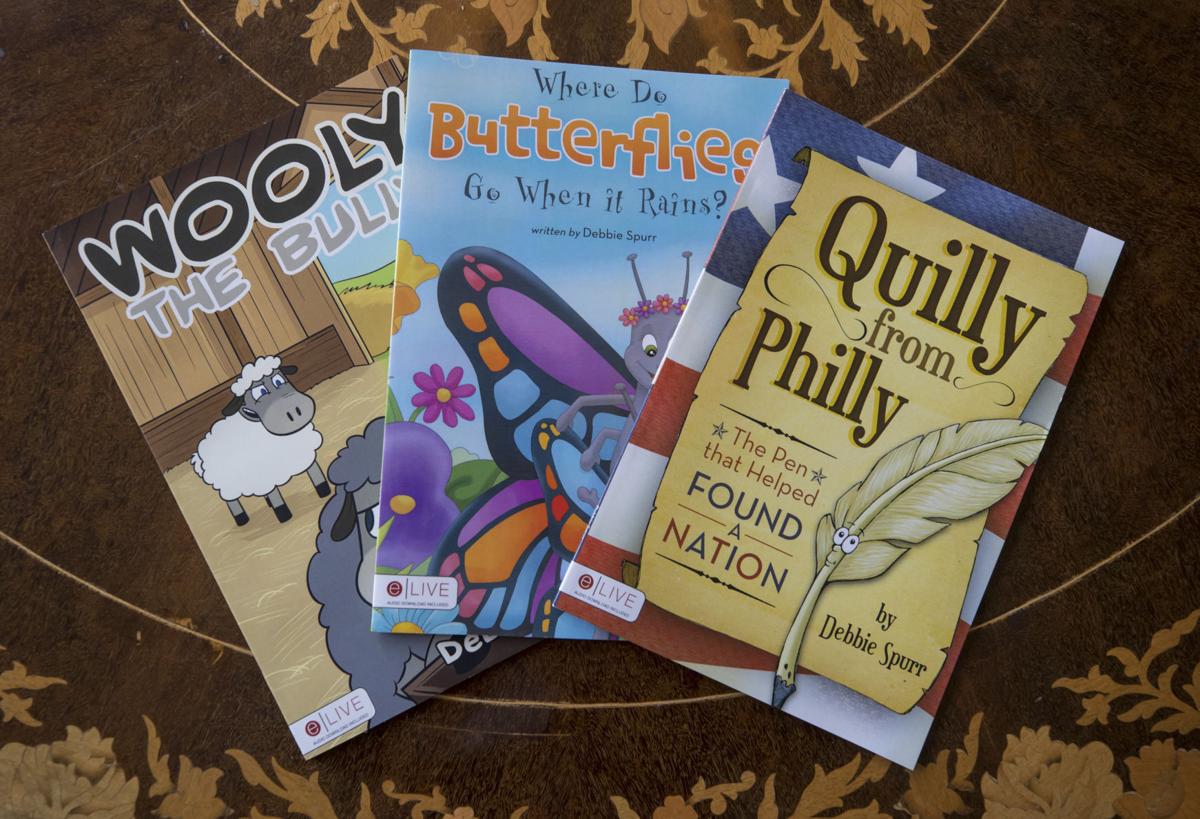 Three of Debbie Spurr's children's books rest on a table at her Friendswood home. Spurr says she finds inspiration for her stories in events as common as watching a butterfly pass or finding a feather on the ground.

In addition to her children's books, Debbie Spurr has also written a book of inspirational stories.

Longtime teacher turned author Debbie Spurr sits with some of her works at her Friendswood home.

Three of Debbie Spurr's children's books rest on a table at her Friendswood home. Spurr says she finds inspiration for her stories in events as common as watching a butterfly pass or finding a feather on the ground.

For Debbie Spurr, there’s a moral to every story. And, as an author of books for children, she tries to gently guide her readers to enjoy the tale being told and to understand the reasons and messages of that story.

“All of my books have lessons,” said Spurr, who lives in Friendswood. “I think children can learn by stories and examples.”

For instance, in her colorful book “Where Do Butterflies Go When it Rains?”, her audience learns about butterflies and their delicate wings and how they seek shelter in the rain.

But the message behind the story is that when parents or adults tell children to do something, it’s usually because they love them and want the best for them.

Spurr retired in 2010 from the classroom where she spent 31 years teaching elementary and middle school language arts in schools across Galveston County. She and her husband, Wayne, settled in Friendswood, where she now sells real estate. But during her exit interview from the school district, her supervisor suggested she should continue working in her area of expertise, which is writing and communicating with children. The idea of writing children’s books had never occurred to Spurr, but a passing comment her sister made shortly thereafter inspired her, she said.

“We were sitting outside and saw a butterfly and my sister said, ‘I wonder where the butterflies go when it rains,’” Spurr said.

Spurr began thinking about and researching it and created a story line about little Buford, a butterfly who defied his mother, went out in the rain and got his fragile wings wet. In the book, Buford learned that his mother’s instructions were for his own good.

Next, Spurr tackled a bit of history from the perspective of the goose feather quill pen, “Quilly from Philly,” which was used to write the United States Declaration of Independence. This book required re-learning about the nation’s Founding Fathers and the reasons they wanted to break away from England, she said. She tells the story of the responsibility these men had in writing that important document. But the message was that no matter how big or small people are, they have the opportunity to have a voice in government.

“I would like to read parts of this book to members of Congress,” said Spurr, who sent a copy to first lady Melania Trump, who sent Spurr a handwritten thank you note.

A third theme Spurr wrote about was bullying. In “Wooly the Bully,” she demonstrated through the personalities of barnyard animals what real friends look like.

“It answers the questions of ‘Wooly the Bully,’ of why are you being nice to me when I was so mean to you?” Spurr said.

This theme resonates with youngsters because of the prevalence of bullying, she said.

Spurr takes her books on the road, speaking to classes in schools around the county and engaging her young audiences to speak up and about the issues in her books.

“These are important life lessons and this is a way they can learn,” she said. “I am the person I am today because of the children I have known and whose lives touched me. I learned from them.”

Spurr encouraged her students to go further, work harder and learn things they are interested in and never stop educating themselves, she said.

“I’m very passionate about everything I do,” said the grandmother of four youngsters. “Don’t tell me I can’t do something because I will just show you otherwise.”