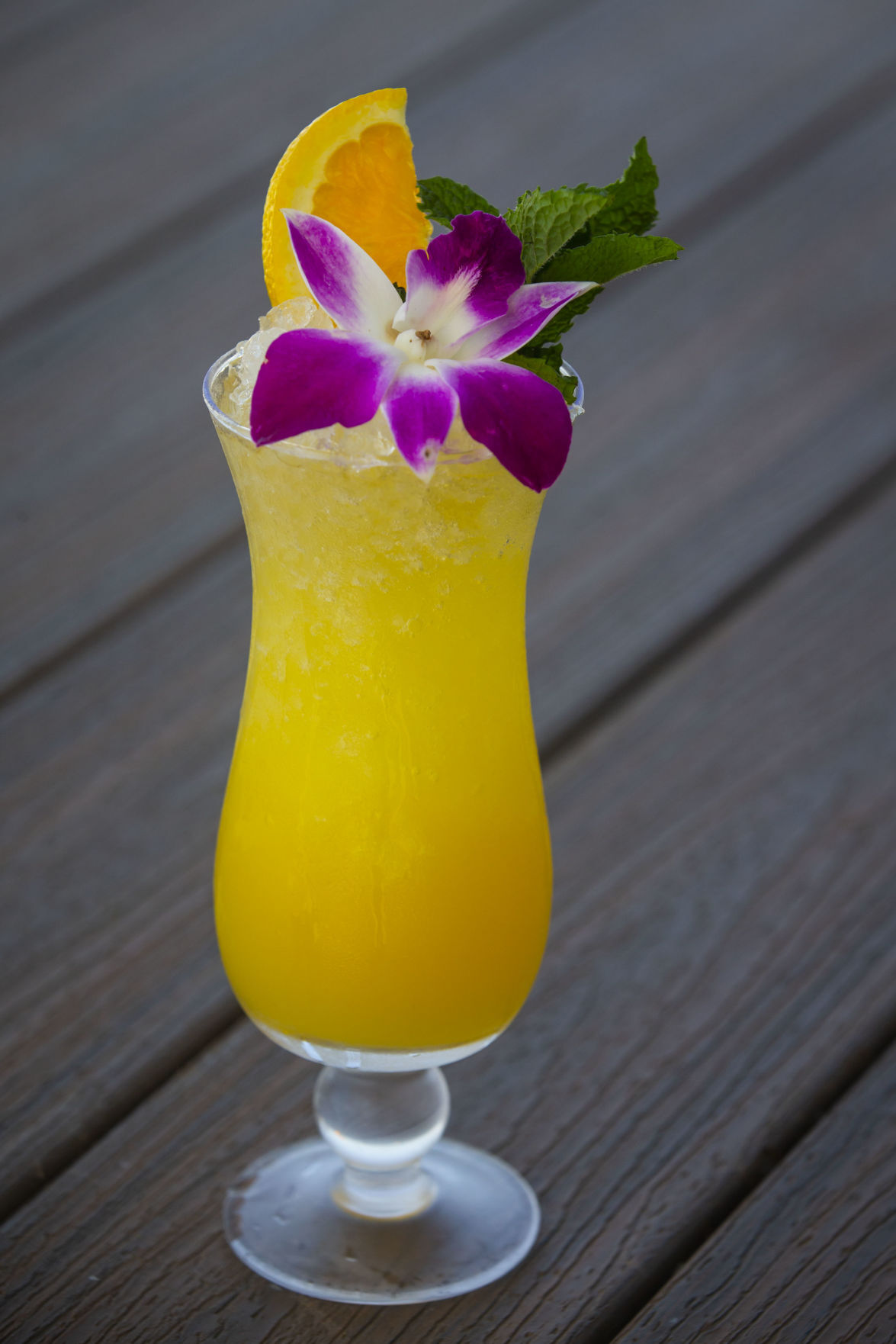 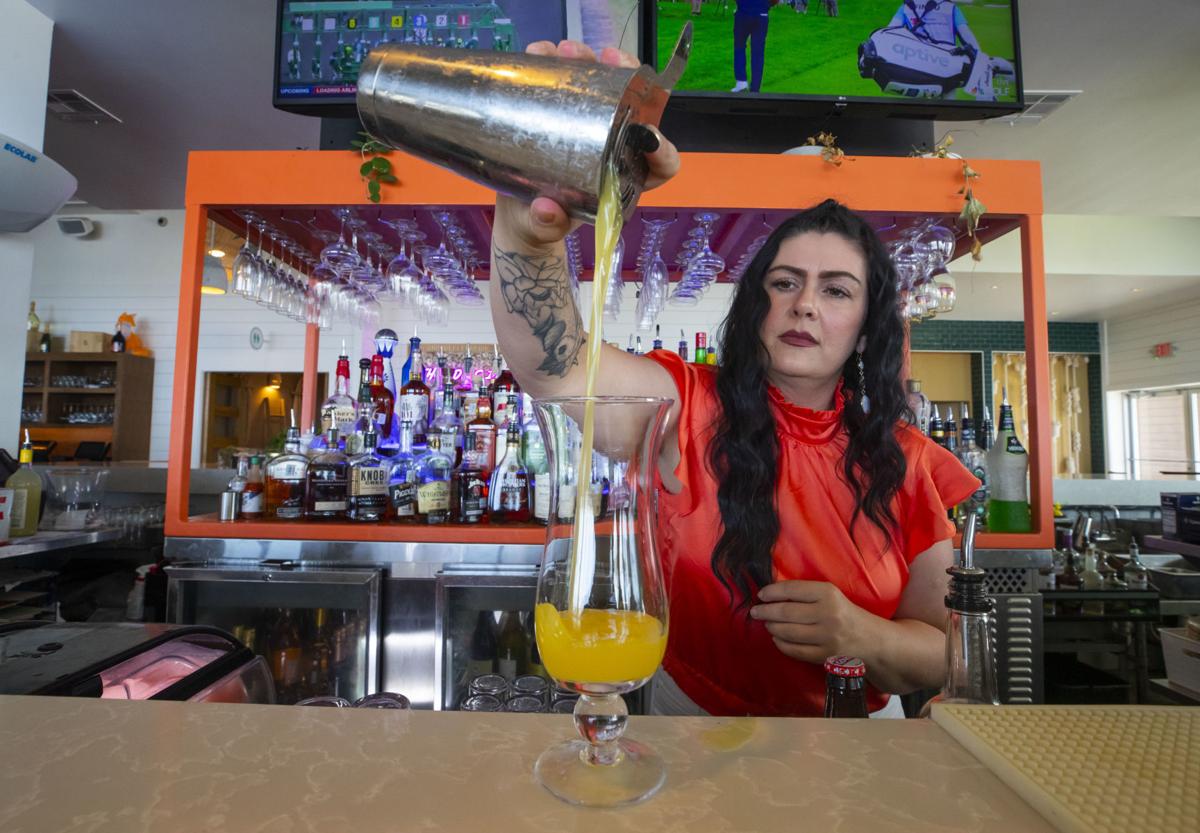 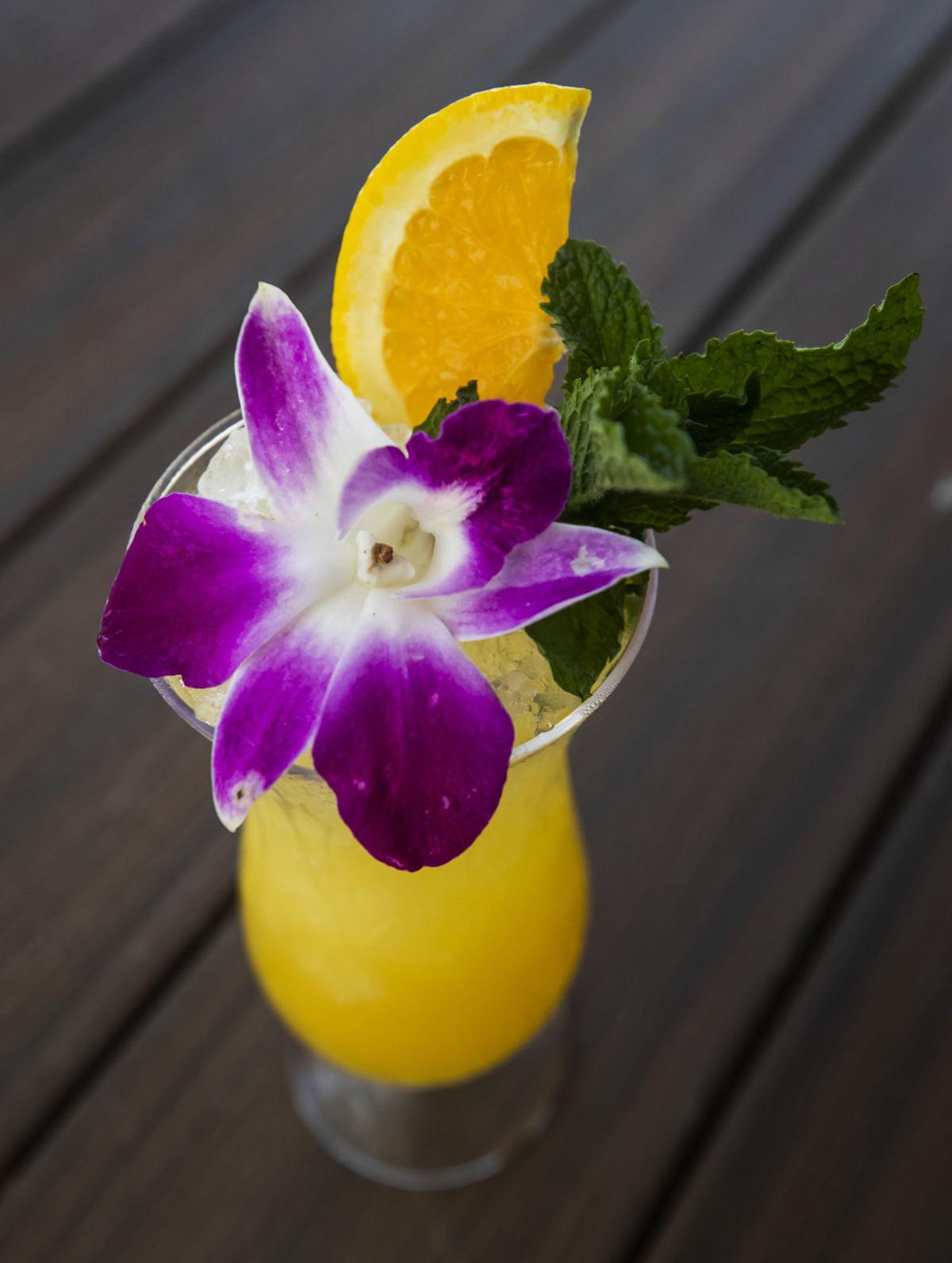 The hurricane cocktail, similar to the hurricane storm, is most certainly more embedded in Gulf Coast culture than any other cocktail in the history of imbibing.

Like so many other things in Southeast Texas, it landed in New Orleans and then migrated westward. Over the years, it has evolved into many forms and differing names, but at heart it’s still a fruity, sweet, rum cocktail that lets the good times roll.

“The hurricane is a visual representation of better times, sunsets and vacations,” said Laurie Sheddan Harvey, one of the two Ladies of Libation, a full-service bar consulting firm based in Sugar Land that has created its share of cocktails. “Plus, they’re just stupid delicious and fun.”

The odd thing about this drink, about which so many are familiar and so many generations have stories about, is a relative newcomer. While most classic cocktails came about in the late 1800s and early 1900s, the hurricane is a boomer.

Some people, mostly of Northern extraction, claim a place in Queens, New York, called the Hurricane Bar created the drink for the 1939 World’s Fair. According to speculation, undoubtedly by the same people who believe picante sauce comes from New York, the drink had rum and came in a hurricane glass. All other details about it, if they ever existed, have been lost in time.

A much more accepted story about the hurricane, the yarn sealed in cocktail history anyway, is that it was created at the famed Pat O’Brien’s in New Orleans. At that grand bar with its dueling pianos, the drink came to be served not because someone thought it would make an exciting new drink, but because something had to be done to get rid of rum.

During and immediately after World War II, the alcoholic beverages in demand in New Orleans — bourbon, rye and especially scotch — were in very short supply. The war had not stopped rum production, however, and thus the country was awash in it.

Unfortunately, the country was not awash in rum drinkers.

Under pressure to move rum, liquor salesmen came up with the idea of telling customers they could buy the scotch and other liquors they wanted, but only if they bought rum, too. At one point, bar owners were forced to buy up to 50 cases of rum for every one case of drinkable whiskey.

In no time, storerooms were labyrinths between towering cases of rum.

Pat O’Brien’s was no different, and so it happened that owner Benson “Pat” O’Brien and his partner Charlie Cantrell decided they had to do something to rid themselves of their devil rum. History quibbles about who actually created the Hurricane, O’Brien and Cantrell or their bartender, Louis Culligan, who was the first to publish the recipe about 10 years later. That aside, the bar began serving a drink that eventually took the country by storm.

The original hurricane was not, however, what even Pat O’Brien’s hurricane is today. While it was and remains heavy on the rum pour, the hurricane that first crossed that Bourbon Street bar was simply a mixture of 4 ounces of rum, 2 ounces of lemon juice and 2 ounces of fassionola, a popular cocktail syrup made from passion fruit and a variety of other fruits.

Fassionola, which contains a changing variety of fresh fruits, can be made at home but is rarely found in bars anymore as it takes cooking, careful stirring and has a short shelf life. When demand for Hurricanes went category 5 at Pat O’Brien’s, the bar began to substitute fassionola with readily available orange juice, pineapple juice, grenadine and simple syrup now found in the modern hurricane. The recipe for the fassionola used in the original hurricane has not been found.

The hurricane was sold cheap, was potently full of rum and originally came in a highball glass. It became one of the bar’s most popular drinks. At some point, a glassware salesman convinced the bar to use a distinctive glass, the one used today that resembles a hurricane lamp.

Beware a drink that wears glasses.

Kris Sowell, the other partner in Ladies of Libation, argues the glass is almost as important as the drink itself.

“For us, the traditional hurricane glassware is a huge part of what seals the deal on getting a hurricane mood started,” Sowell said. “From there, we think it should have a blend of spiced and dark rums, and passion fruit is a must.”

The original Hurricane has certainly spawned many a tasty imitation. Right here on the Third Coast, one can find variations such as the Hurricane Ike at Nick’s Kitchen & Beach Bar; a hurricane with multiple rums at the Rum Shack; Category 5 Hurricane at Joe’s Crab Shack; and the Tsunami at the Buccaneer Bar in the Railean Distillery in San Leon.

There also are ingredient-similar drinks named more like tropical storms than hurricanes, such as the Passionfruit Breeze at Yaga’s and the Ocean Water at Tiki Bar.

The Ladies of Libation are responsible for one such creation, the Blonde Hurricane, at Pier 6 Seafood & Oyster House in San Leon.

“We have done a few versions for different places, like making a Hurricane base into a Slurricane shot for a patio bar, but the Blonde Hurricane is by far our favorite,” Sowell said.

“We wanted to pay tribute to Pier 6’s waterfront location and feature some of the Railean rums that are distilled right down the street. It was also important for their overall aesthetic to class it up a bit and remove all of the fluff and grenadine that gets shoved into over-engineered cocktails.”

Booze and bad winds seem naturally linked along the coast. Consider that before founding Pat O’Brien’s, its namesake was a bootlegger operating a French Quarter speakeasy called Club Tipperary. To get into Club Tipperary, which became Pat O’Brien’s in 1933, one had to knock on the door and whisper “Storm’s brewin’.”

Little did anyone whispering those words know at the time there was a hurricane on the horizon.  

This take on the classic New Orleans hurricane cocktail was created by The Ladies of Libation for Pier 6 Seafood & Oyster House in San Leon. The Ladies, Laurie Sheddan Harvey and Kris Sowell, are full-service bar consultants based in Sugar Land and have worked with bars, restaurants and hotels throughout Southeast Texas.

Combine the first three ingredients in a tall hurricane glass and stir to combine. Fill with ice and top with a healthy pour of your favorite dark rum.